This blogpost was first written on June, the 2nd in 2018, but we have published it again recently because the content can be useful still.

Have your ever wondered about how important the architecture is in people's life? Have you ever considered a human scale as a reason why people are happy in a country or the other? Besides talking about the hygge, the welfare state and the good Danish beer, I think that we should also take into consideration the role that architecture plays in our lives. If Copenhagen is such a lively city and Denmark is such a happy country, maybe architecture should take credit for it. Copenhagen has of course not been always as it is today. Its present scale has been achieved thanks to the research made over the last decades. If Copenhagen succeeds in meeting people's needs while being a safe and liveable city at the same time, it is partly thanks to Jan Gehl. He is a well known architect and urban designer who started to investigate the human behaviour in relation to the urban space in 1965, after having attended the School of Architecture at the Royal Danish Academy of Fine Arts in Copehagen. He visited many cities in the world which inspired his research focused on the changes that Copenhagen should have undergone in order to be a better city for people. He lived in Italy for quite a while. The question he asked himself was: "Why is Italy known as such a good country for people?". That's why he travelled to Siena where he began to look at people and reported their behaviour based on a scientific method. It must have felt strange, maybe challenging sometimes, but his research contributed to important considerations that broke up with the tradition that architects were carrying on back at that time. "The human scale" was published in 2002 as an evidence of Jan Gehl's commitment to the urban life. I warmly recommend you to watch it by either buying it or going to a library or a vidéothèque. You can use the "Cinemateket" in Copenhagen. You'll find it at Gothersgade 55. In the following lines I would like to give you an introduction to this intriguing movie hoping that your interest will arise too. Architecture reflects our behaviour and evolution through time. This is why we should think about it and question ourselves about the cities we live in. Are we happy there? Apparently people who live in Copenhagen are, and I myself confirm it. But let's explore together some of the motivations that make Copenhagen such a good place for homo sapiens:

A city is well organized when it offers venues for gathering in which you do not feel like you are in a private property or that you are bothering the others. A public space has been well conceived when people use it and they feel like being part of a whole there. When they feel at ease even when surrounded by strangers. In Copenhagen you find several examples. Have you ever passed by Ofelia Plads? It is a platform on the water used as a cultural space for theatre, dance and music events. Its completely open structure invites you to spend your time on it. The swimming pools along the canal are another public and open-air example. They are five in total and they are just perfect for enjoying the sunny days in the city. Last but not least, there are also a bunch of buildings where you can spend time inside, which is perfect in case of adverse weather. Among the others, the recently opened Blox is just a wonderful venue for life. 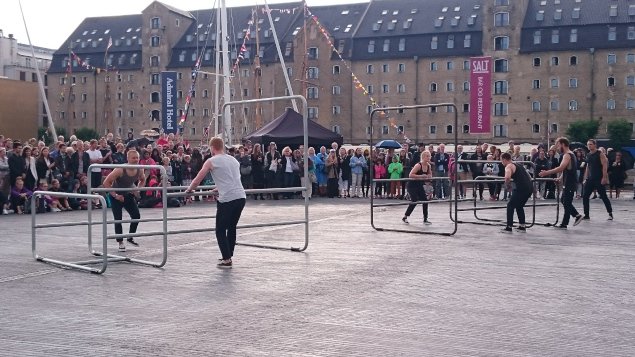 How do you feel when having to constantly look towards the sky to understand where you are, or what the building in front of you is for? Wouldn't you feel more confortable while not having to do so? Well, most probably your neck would. We are not giraffes and our surroundings should be designed so that they make us feel at ease. Copenhagen is a quite a good place in this sense. The horizon is not decorated by skyscrapers (there are very few of them - among others, the Radisson Blu Royal Hotel, which is anyway nearly 70 meters high), but by the gentle and charming towers of churches and palaces.

Hundreds of kilometers of bike lanes

I love spreading the bicycle culture because I think it is one big reason why people feel good. Not using the car implies much less stress since you do not have to face regular obstacles that arise in a typical trafficated day in a big city. I am talking particularly about parking spots and long and boring jams in the middle of the smog. Biking makes you save your time as well as your money when looking for a parking. In addition, it makes it easier to navigate your way in the city and avoid traffic.

Our cities shape us and the way we live there. We should not understimate the value architecture and urbanization have in our everyday life. I am happy to live in a city where bikers and pedestrians have gained a rather big authority and car drivers respect it. I can clearly see the difference when I travel to cities which do not share Copenhagen's human scale. 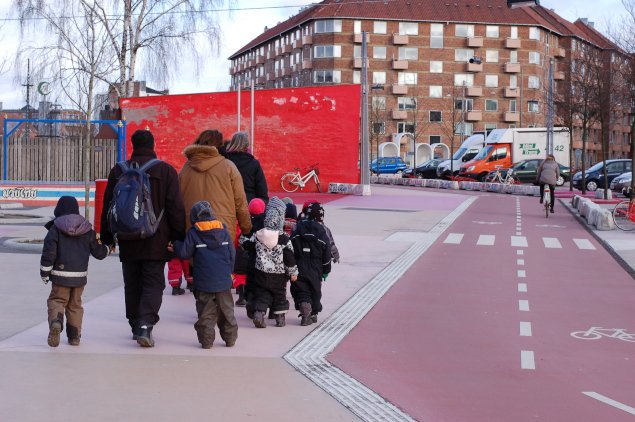